Into the 30th season 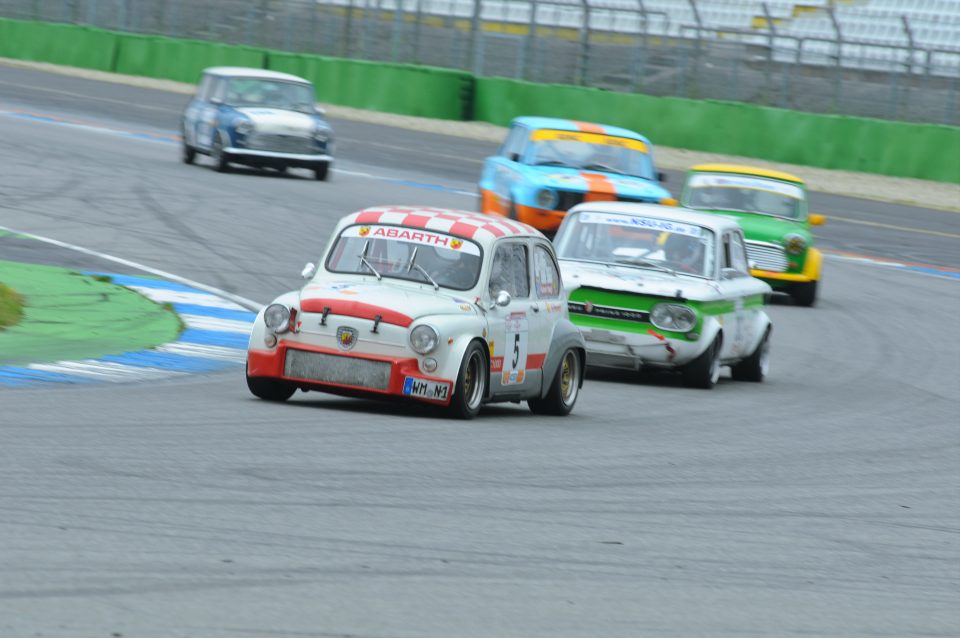 In 2013, the association “Kampf der Zwerge” e.V. was founded from the association of the four series Abarth Coppa Mille, British Car Trophy, NSU TT Trophy and the 1300 Histo Cup. This club currently has about 120 members, 86 of whom are permanently registered for this year’s season. However, guest entrants can also take part in each race. Thus, the “Kampf der Zwerge” is now Germany’s sprint series with the largest number of participants.

The racing cars that form the basis of the series all have one thing in common. The model year of issue may not be later than 1974. There is also an engine capacity limit of 1300 cc.

But which racing cars represent the “Kampf der Zwerge”?

In the “Abarth Coppa Mille”, the racing cars, with a maximum engine capacity of 1150ccm, come from the 1960s and 1970s. At that time, Carlo Abarth’s vehicles filled entire starting fields. Most participants here relied on the Fiat-Abarth 595 or a Fiat-Abarth 1000 TC. These racing cars dominated FIA Group 2 in that era.

In addition, Autobianchi A 112 Abarth and FIAT 127 are represented in the field of the “Abarth Coppa Mille”. 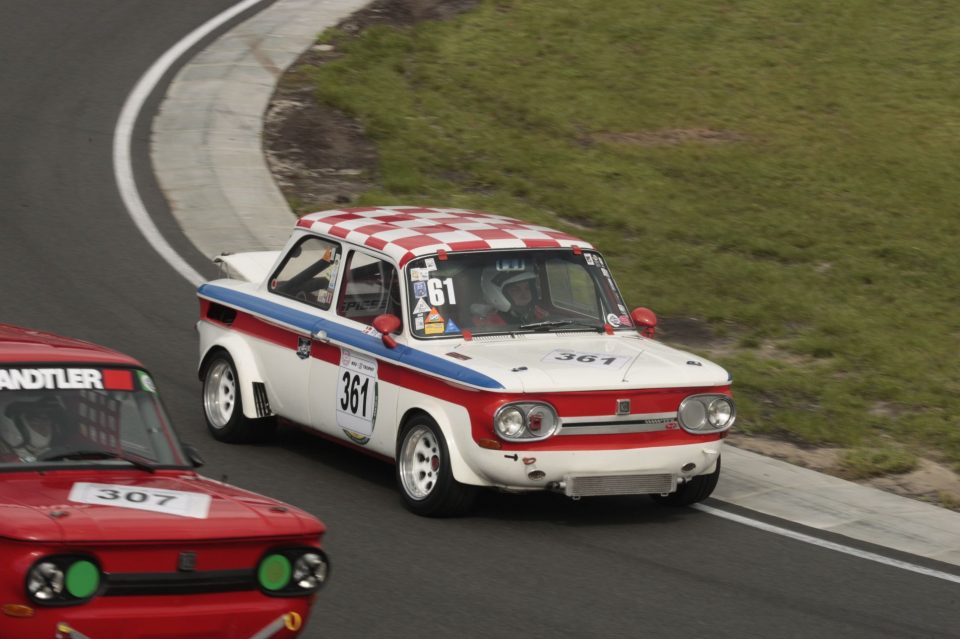 In addition to “the little savages” from Southern Europe, the “British Car Trophy” features vehicles from the motherland of motorsport. All British vehicles are permitted in the “BCT” class. However, the regulations are strongly focused on the Mini. After all, the Mini won the Monte Carlo Rally three times in the past and also won regularly on the circuit. Three-time Formula 1 World Champion Niki Lauda or Grand Prix winners like Clay Regazzoni contested their first races at the wheel of the legendary Brit. Today, the Minis roll onto the grid with up to 140 hp and achieve lap times that would put even modern racers in a bind. Despite the strong Mini field, in the past one could also welcome exotics such as the Hillman Imp in the starting field from time to time.

The third pillar of the “Kampf der Zwerge” is the “NSU TT Trophy”!

This offers owners of the successful model from Neckarsulm a sporting home on the circuit. After all, the NSU TT, like hardly any other German car of its time, has a great racing tradition.

Racing drivers such as Johann Abt, father of the successful motor sportsmen Hans-Jürgen and Christian Abt who are well-known from DTM and GT, or Willi Bergmeister, the later coach of the record Formula 1 world champion Michael Schumacher, or Siegfried Spiess and Thomas Ammerschläger all drove NSU TTs from success to success and laid the foundations for their long motor sports careers along the way. 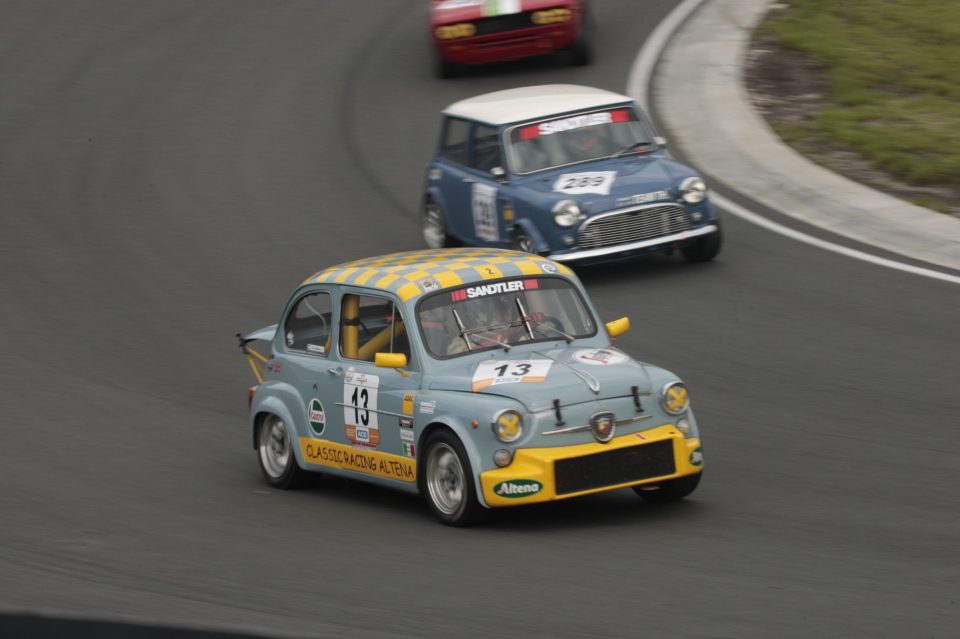 The 4th class in the series is already in its 10th year. In the “1300 Histo Cup”, which was created in 2012, touring cars up to a maximum of 1300cc such as Simca Rally, Fiat 128, Renault 8 Gordini or Alpine A110 race. All the cars that cannot be classified in the previously mentioned groups start in this group. The only important thing is, as already mentioned above, that the model year 1974 is the limit for the participating vehicles, so that they fit into the overall picture of the series.

Finally, a class for vehicles from our neighbouring country France has been created – the R5 HistoCup. Here Renault 5 Alpine with naturally aspirated engines can start as Group 1 & 2 cars.

These first rounds in Hockenheim and Zandvoort gave a preview of another exciting season in the now 30-year history of the “Kampf der Zwerge” e.V..

The ultimate winner of the season is the racing series and its participants themselves. In no other series is the community, the family atmosphere and the shared fun on the track as much in the foreground as in the “Kampf der Zwerge”.